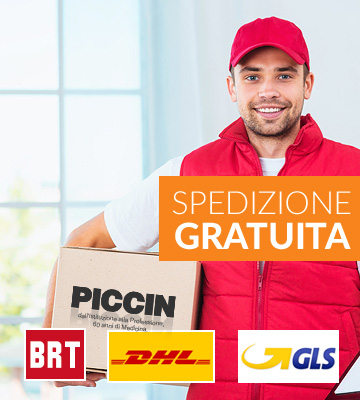 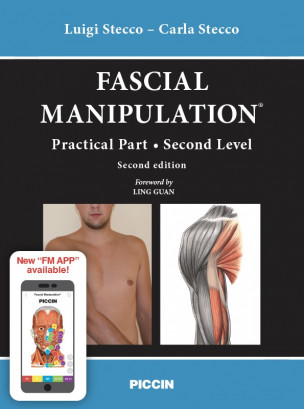 FOREWORD The world of Fascia is infinite and marvelous, connecting organs and tissues and altering function and structure. The exploration and research from professors in various specialized fields not only connect the diversified ways... Maggiori informazioni

The world of Fascia is infinite and marvelous, connecting organs and tissues and altering function and structure. The exploration and research from professors in various specialized fields not only connect the diversified ways of treatment but also provide medical recognition of the East and the West. New knowledge from recent research allows the West to better understand the East or, in other words, for the modern world to comprehend the ancient concepts more clearly.

I have read the Stecco family’s series of articles and books with appreciation, feeling honored to translate and introduce them to China. I am surprised to discover that the exploration and contribution of the Stecco family appears to support our Chinese predecessors’ concepts and technologies step-by-step, introducing further innovations and developments. The medical practitioners in ancient China built a Meridian and Collateral Model, which is highly effective in guiding the clinical practice of acupuncture. Nevertheless, due to the long-gone ages, the ancient language that was used could not be correctly understood by modern people, leading to divergent points of views.

The Stecco family, with their comprehension and passion for acupuncture, have built a biomechanical model, called Fascial Manipulation, that both refers to acupuncture and verifies its effectiveness from the viewpoint of anatomy and clinical practice, which is a tremendous contribution for both Chinese traditional medicine and Western medicine.

Western medicine emphasizes isolated pathology within the human body, while Eastern medicine pays much more attention to the whole. The West looks specifically at details of the anatomical structures, while the East attaches importance to the connections between these structures. Therefore, Eastern acupuncture theories tend to aim towards building an anatomical model, constructing formulas and mastering interrelationships. The authors of this book, starting from the viewpoint of biomechanics, clearly develop the relations of movement and simplify the complexity of treatment. These new discoveries have been compiled in a series of publications, including this book, which is the newest edition about Fascial Manipulation for Level II.

I highly recommend Eastern and Western readers to read this book, stepping into the gate of Fascial Manipulation in order to appreciate its mystery and brilliance.

Anatomists describe collagen fibres within the aponeurotic fascia. Starting from the retinacula of the wrist and the ankle, these fibres are arranged in longitudinal and oblique directions.

Along the limbs, these fibres glide over the muscle bellies, whereas around the joints they connect in different ways with the underlying tendons.

According to the movement pattern being performed in the extremities, different collagen fibre bundles will be stretched, resulting in the recruitment of different muscle groups.

The small muscles of the hands and feet insert onto the retinacula. Therefore, retinacula are stretched as the extremities perform different complex movements (gestures). The collagen fibres that extend up the limbs organise the so-called motor schemes (or movement patterns) and the complex movements of the proximal segments.

In other words, whenever we use our hands or feet, we think about the finality of the gesture we are performing. Consequently, the proximal parts of the entire limb adapt to the requirements of the movement occurring in these extremities.
The movements of the hands and feet organise the motor schemes and complex movements of the limbs in a distal-proximal direction, whereas the myofascial sequences organise unidirectional movements in a proximal-distal direction.

Hence, the movements of the body can be summarised into three categories:

• movements carried out on the three spatial planes: found in many living beings, in humans these movements are principally involved in the management of the upright posture. They are organised by the myofascial sequences, which start from the head, where the organs that perceive the three spatial dimensions (otoliths and eyes) are located.
• movements in trajectories between two spatial planes: these are called motor schemes and they include, for example, ante-lateral (flexion-abduction) or retro-medial (extension-adduction) movements. Myofascial diagonals organise motor schemes, which can be carried out either in a single segment or simultaneously in all limb and trunk segments.
• movements involving opposite directions in the various body segments: involved in gestures or complex finalised movements (or praxes).

In all disciplines such as sport, music, sculpture and so forth, each performer acquires extraordinary capacities that are, in part, related to the nervous system and, in part, to the fascial system. In effect, an athletic gesture only becomes effortless and harmonious when it is memorised within the myofascial architecture.

The first and sixth chapters of this book present the theoretical concepts relative to motor schemes and complex movements, whereas the other chapters present the locations of the Centres of Fusion (CF) along diagonals and spirals.

The intent of this practical manual is not to delve extensively into the theoretical concepts but to provide a mnemonic reference for students attending Fascial Manipulation courses.

Together with any theoretical learning, students must associate a constant clinical practice. During a treatment, rather than attempting to resolve densification of the ground substance merely by increasing load, students should apply the minimal amount of pressure required to develop friction against the fascia and then wait calmly for the moment when the ground substance passes from gel to sol. In order to progress with this method, students should not be content with the first partial results they may achieve. Instead, they should aim to unravel the problem that the patient seeks to resolve.

Students need to consider the tensional compensations that the patient’s body has developed in an attempt to neutralise the initial pain. Hence, it is important to formulate a therapeutic plan (hypothesis) based on the chronological order and spatial distribution of the patient’s symptoms.

In the beginning, students can refer to the guide lines presented in this practical manual and, subsequently, integrate their own clinical experience.

The new FM App is now available for iOS and Android devices!

The FM App was developed to allow all practitioners to review the location of all CCs and CFs, to find any information faster and to better treat your patients.

We hope to have given you a new tool for improving your skills in Fascial Manipulation.

Whoever buys Fascial Manipulation® Practical Part – Second Level ISBN 978-88-299-2987-0 will be assigned a unique code that will unlock access to the contents of our new APP.

Anyone in possession of a copy of Fascial Manipulation® Practical Part – Second Level ISBN 978-88-299-2987-0 without code can contact us by email by sending his/her name, surname and a proof of purchase in which data are visible and we will send you the code to unlock the APP.